I’ve been making loads of jam lately, but a friend asked if I would make Apple Sauce? Well I’ve never made it before but I was pleasantly surprised by how easy it is! In fact I will never purchase Apple sauce again.

Apple sauce has emerged as a healthy substitute for oil or butter when baking and is now in greater demand than ever before.

The most traditional use is as a compliment to Roast Pork at Christmas time (or any time of the year).

Apple sauce is so versatile that it can be used in cookies, muffins, cakes, on waffles, in tarts, over your morning granola, as a base for a vinegarette and the list goes on.

So here’s how to make your very own Apple Sauce at home and the yield is so good that you won’t be disappointed.

I made a large batch of 2 kilograms of chopped apple and it yielded almost 2 litres of Apple sauce (4 x 450ml jars). So feel free to halve the recipe to fill 2 jars.

I made a point of cleaning and sterilising old pasta sauce jars for reuse rather than purchasing. And they had the perfect pop lids that reseal perfectly! METHOD
Peal the apple and chop the apples, removing the core. I don’t like having so much fruit waste but the compost heap will love it!

Sprinkle the chopped apples that are waiting in the bowl with lemon juice to prevent oxidation which causes browning.

The lemon juice also helps to sterilise the purée so that it keeps longer in the jar. 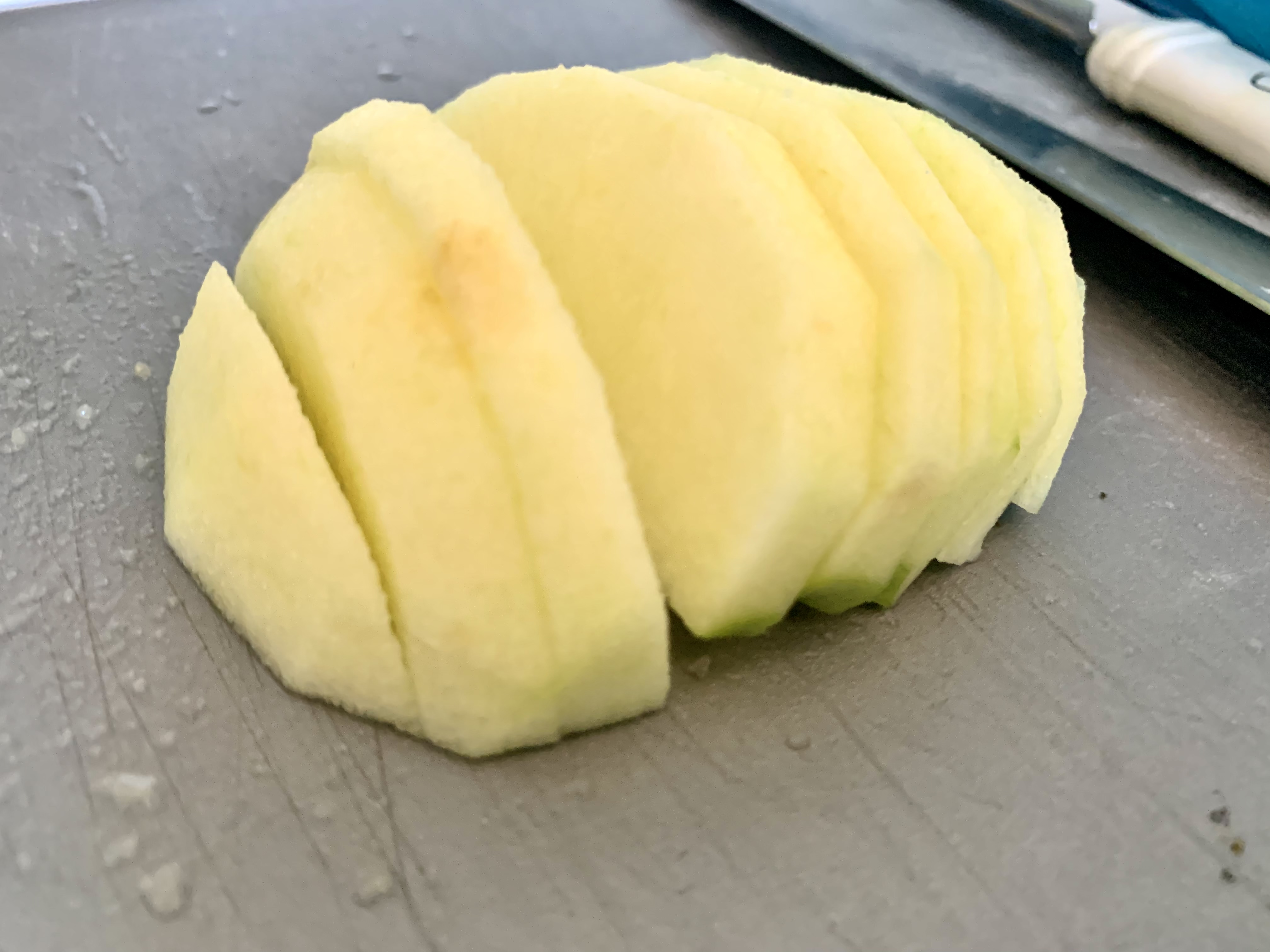 Place the chopped apples (which should now weigh about 2kgs) and 1 cup of water in a thick bottom deep pot on medium heat. Make sure to put the LID ON as you want the liquid to be maintained and not lost through evaporation and cooking. This also helps to steam and soften the fruit quickly. Stir every 2 minutes to ensure it is not sticking on the bottom and so that it cooks evenly. 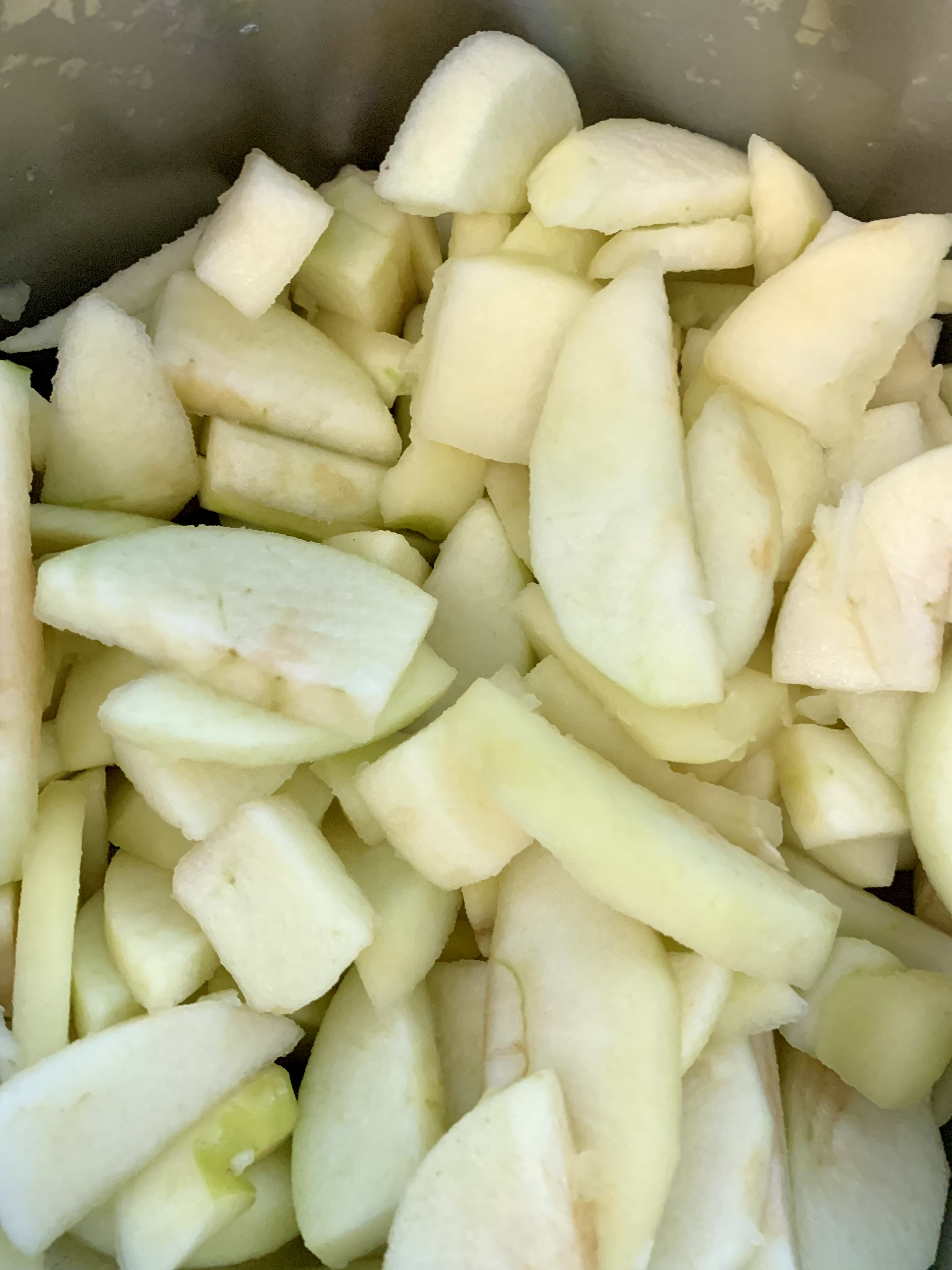 After 5 minutes add the sugar and cinnamon and reduce heat to low. Cook for another 5-10 minutes. Keep the lid on! After 10-15 minutes of cooking the fruit should have started to purée in the pot leaving some chunks.

You can allow the fruit to cook slightly and then purée into a smooth sauce using an immersion blender (my preferred and very quick method) or transfer the sauce into a blender and blend til smooth. 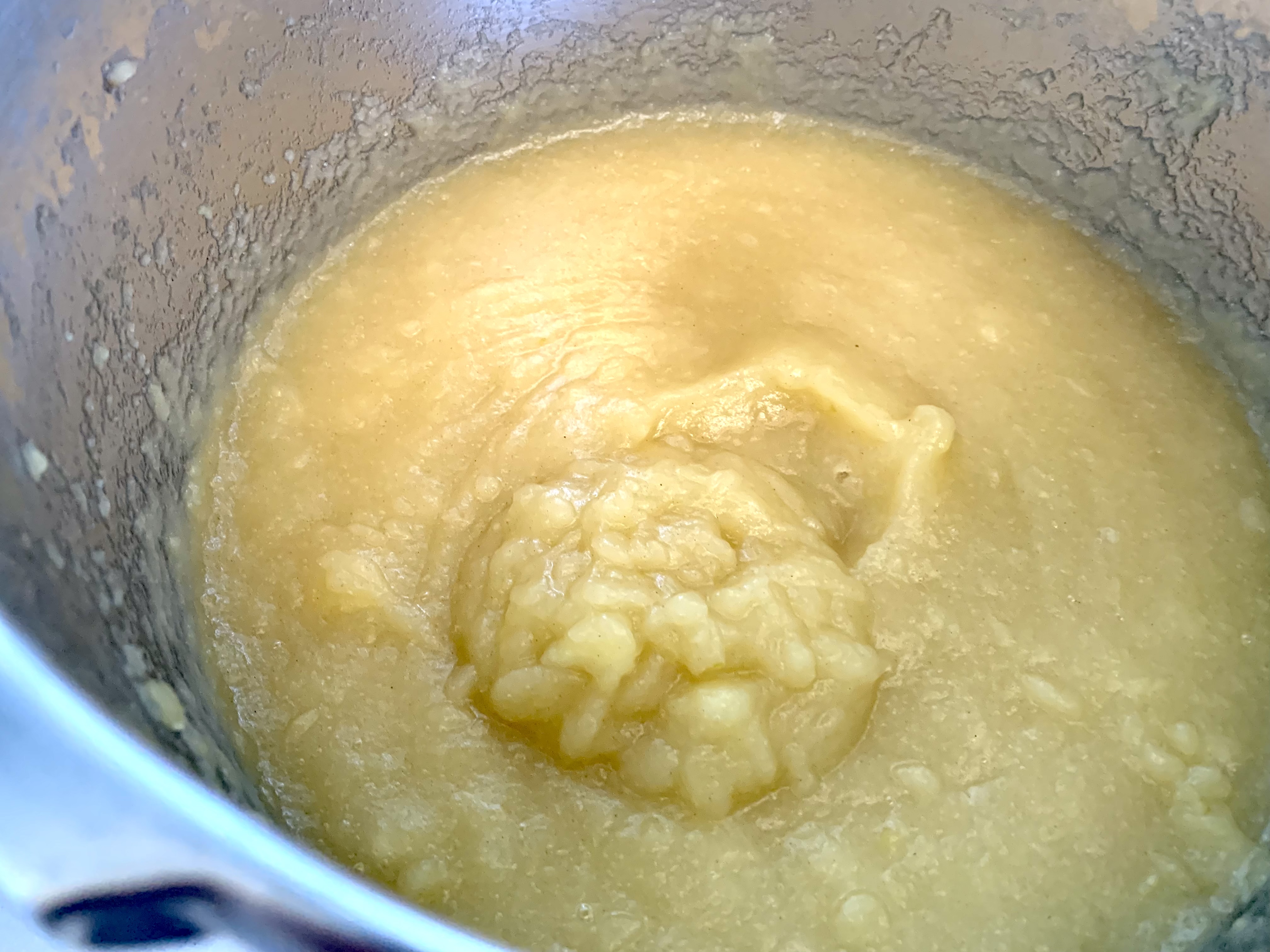 Pot the sauce in jars immediately while still HOT!!! This is important if you would like to preserve the Apple Sauce for use at a later date. Use clean and sterile jars that are preheated in the oven for 10 minutes at 100•C. I use a silicone oven mit to handle the jars and fill them with hot Apple Sauce and immediately tighten the lid. 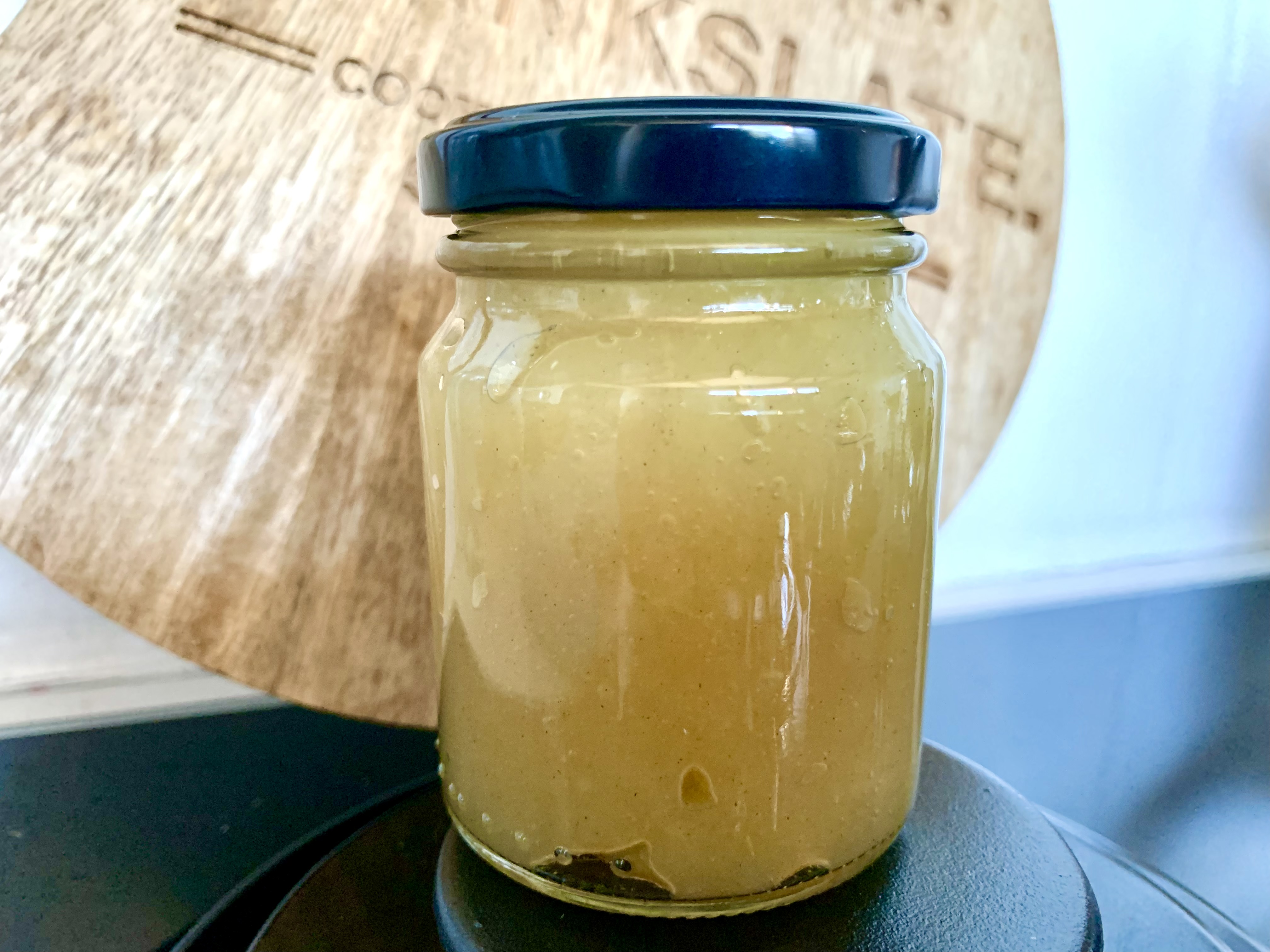 As the jars and sauce cool it forms a seal and should last months on a cool dark shelf and then refrigerate once opened. This is not be easy if you are using it within the a few days.

For a smaller yield feel free to halve the recipe but also use a smaller pot with a well fitting lid.

This is such an easy recipe and cooks fast compared to jams. It’s a welcome addition to my cooking repertoire and so easy to replicate. I made 8 jars of Apple Sauce yesterday afternoon, ready for Saturdays market.

Let me know if you give it a try! Your sauce is very rich, here in Venezuela we call it jam. congratulations on your post

Thanks! I’ve got a thick apple and cinnamon jam. Our jams have a lot more sugar and get very thick. The apple sauce is more runny and only has a small amount of sugar - in fact you could leave it out of the recipe if you really wanted to. But it’s all so tasty 😋. Thanks for chatting!!!!