maxelitereturned in Proof of Brain • 2 months ago According to the international rice research institute, rice milling can be described as the process of removing the husk and bran layer to produce white rice. This is also the removal or separation of the husk from the edible portion which is necessary for human consumption. Sincerely explaining, the basic objective of a rice milling system is to remove the husk and bran layers and produce an edible white rice kernel that is sufficiently milled and free from impurities, and to maximize the total milled recovery out of paddy to try minimizing grain breakage. 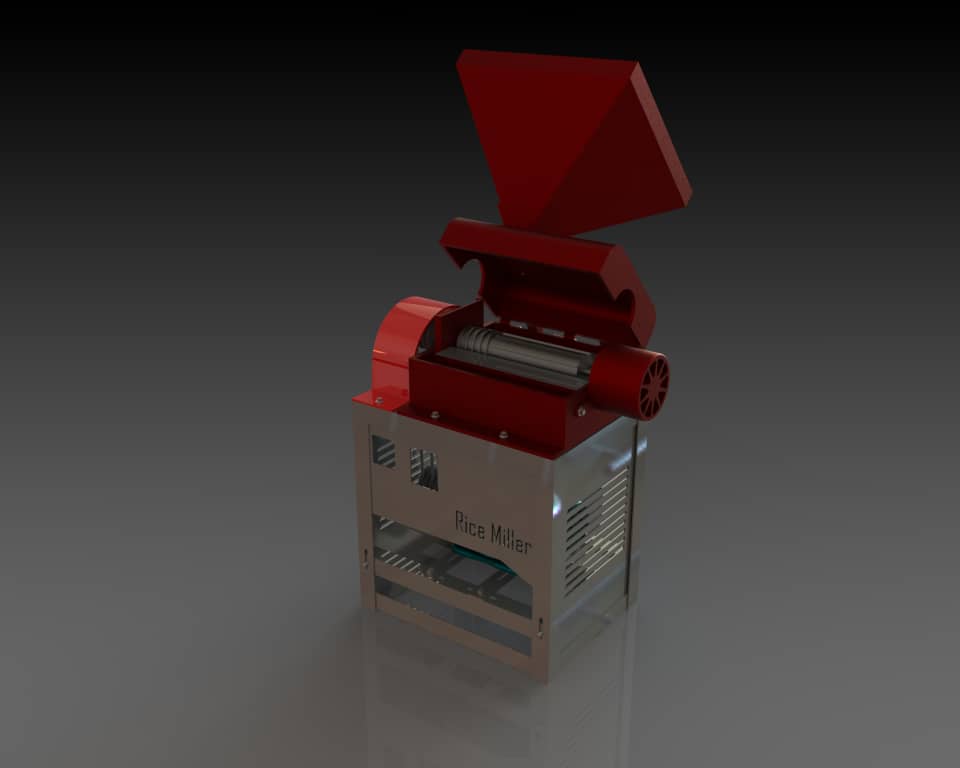 The whole rice milling system can be a simple one or two step process or a multi stage process. In a one step milling process, husk and bran removal are done in one pass and milled or white rice is produced directly out of paddy. In commercial milling, there are series of processes in which the rice has to go through o become edible and consumable. Firstly, it has to go through the pre-cleaning process, this involves removing all impurities and unfilled grains from the paddy, then it moves to the de-husking process which involves the removal of husk from the paddy by means of friction. The percentage of paddy rice that is dehulled to produce brown rice during this process is called hulling efficiency. For the need of a low cost rice milling machine with high efficiency and reduced operating noise, the rice milling machine should have a capacity of 12kg/hr and should be powered by a 3 hp electric motor. It has been researched by me that a minimum output shaft speed of 900 rpm transmitted by a v-belt drove by an electric motor of 3 hp is required for effective performance. Congratulations @maxelitereturned! You have completed the following achievement on the Hive blockchain and have been rewarded with new badge(s) :